In over 90% of cases you are the only person that can hear your tinnitus sounds, so often friends or family struggle to understand what it sounds like. We have given a link to a You Tube video clip from the people at Tinnitus Talk that gives some examples of what tinnitus sounds like.

4. The wave causes sensory cells (hair cells) immersed in the fluid to move. Movement of stimulated cells in a particular direction result in tiny electrical impulses to be passed along the auditory nerve fibres to the brain. There are two types of hair cells that work together to detect sound. The outer hair cells act like little motors amplifying the signal. The inner hair cells then provide the major input to the auditory nerve.

What can go wrong?

Changes in the activity in the auditory nerve caused by damage to the sensory cells (the hair cells), or damage to the nerves themselves are thought to be the trigger for most types of tinnitus.

6. Following detection; perception and evaluation of the sound occurs in the hearing part of the brain (auditory cortex). On hearing tinnitus our "perception and "reaction" governs how much of a problem the tinnitus is.

Annoying tinnitus is often caused by complex interactions in the brain and information going up and down the auditory pathways from the ear. 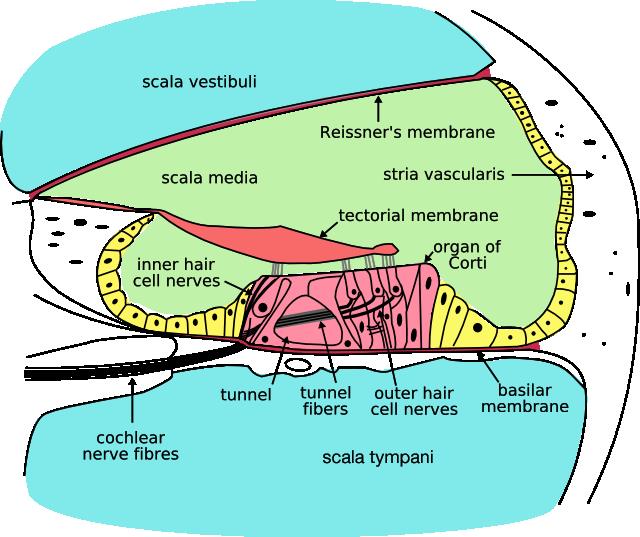